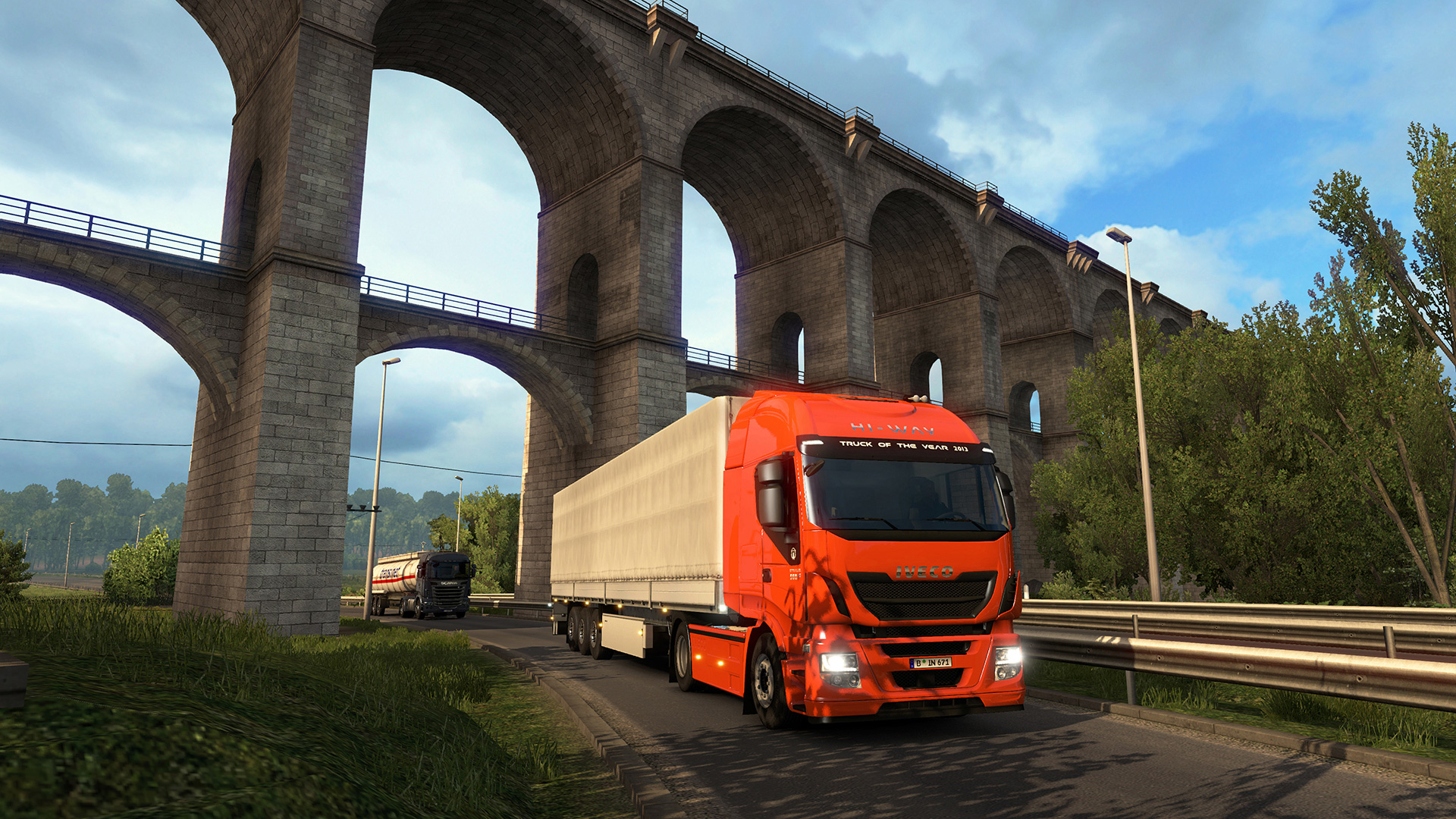 While it is possible to drive through a small part of France already in the basegame, most of the country becomes available in the Vive La France DLC.

In some way, Vive La France is the first of the “modern” DLC’s for Euro Truck Simulator 2. Modern as in that it is in this DLC that it is more obvious that SCS Software has assembled quite a bit of experience when it comes to designing the maps as well as the success for the game providing them with the possibility to increase their developing resources.

This is most visible in the fact that France is the first part that uses a new, graphically enhanced vegetation which makes the landscape even more beautiful to look at than before.

The map also naturally incorporates a number of well-known landmarks as well as a slew of cities and towns big and small – with Paris of course as the jewel in the crown.