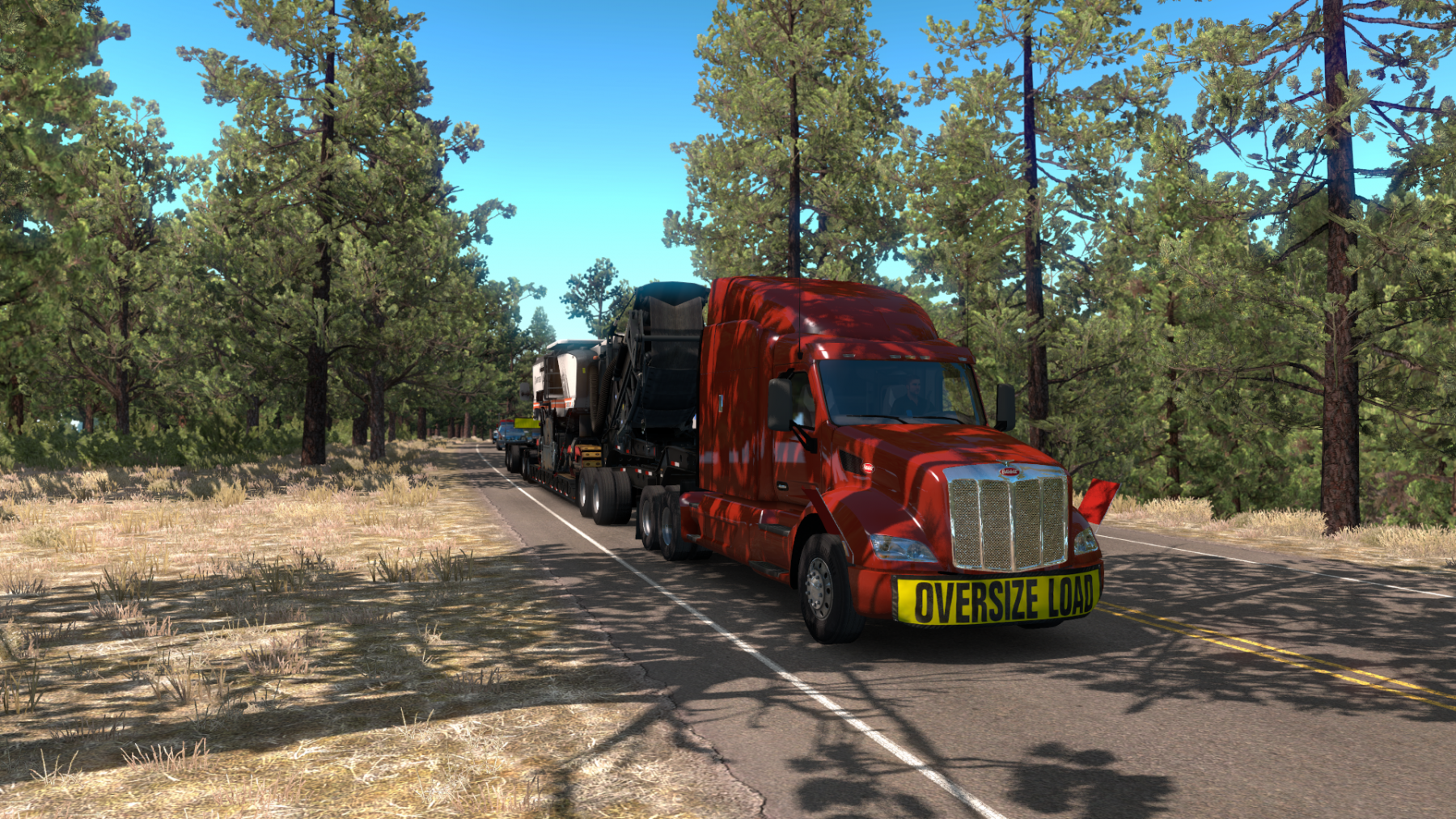 After the success with Euro Truck Simulator 2, SCS Software turned their eyes to the west and in 2016 they released American Truck Simulator. The premise is exactly the same – driving commercial trucks and delivering cargo. The difference is that now we’re talking big American rigs and cruising through the landscape of the American southwest.

As the starting point, SCS chose California for the base game. Quickly to be expanded with Nevada and Arizona, the latter released as a free DLC.

After that, the model follows the same concept as for Euro Truck Simulator 2. New DLCs each add a new US state to the map. Beginning with New Mexico the possible driveable map over time then has been expanded by adding Oregon, Washington, Idaho, Utah, Colorado and Wyoming. Next in line to be relased is the northern state of Montana and after that in a yet to be specified future is the big state of Texas, definitely the biggest DLC add-on to date for the game.

In 2021 SCS also went back and started to do a bit of a renovation on the starting state California to bring the quality up a notch to be more in line with the “newer” states. This is something that I personally think they should have much more gratitude and kudos for than they get. It’s work that they easily could have skipped to do but still choose to do. In my eyes it’s a good example of the fact that they really care for their products and their player base.