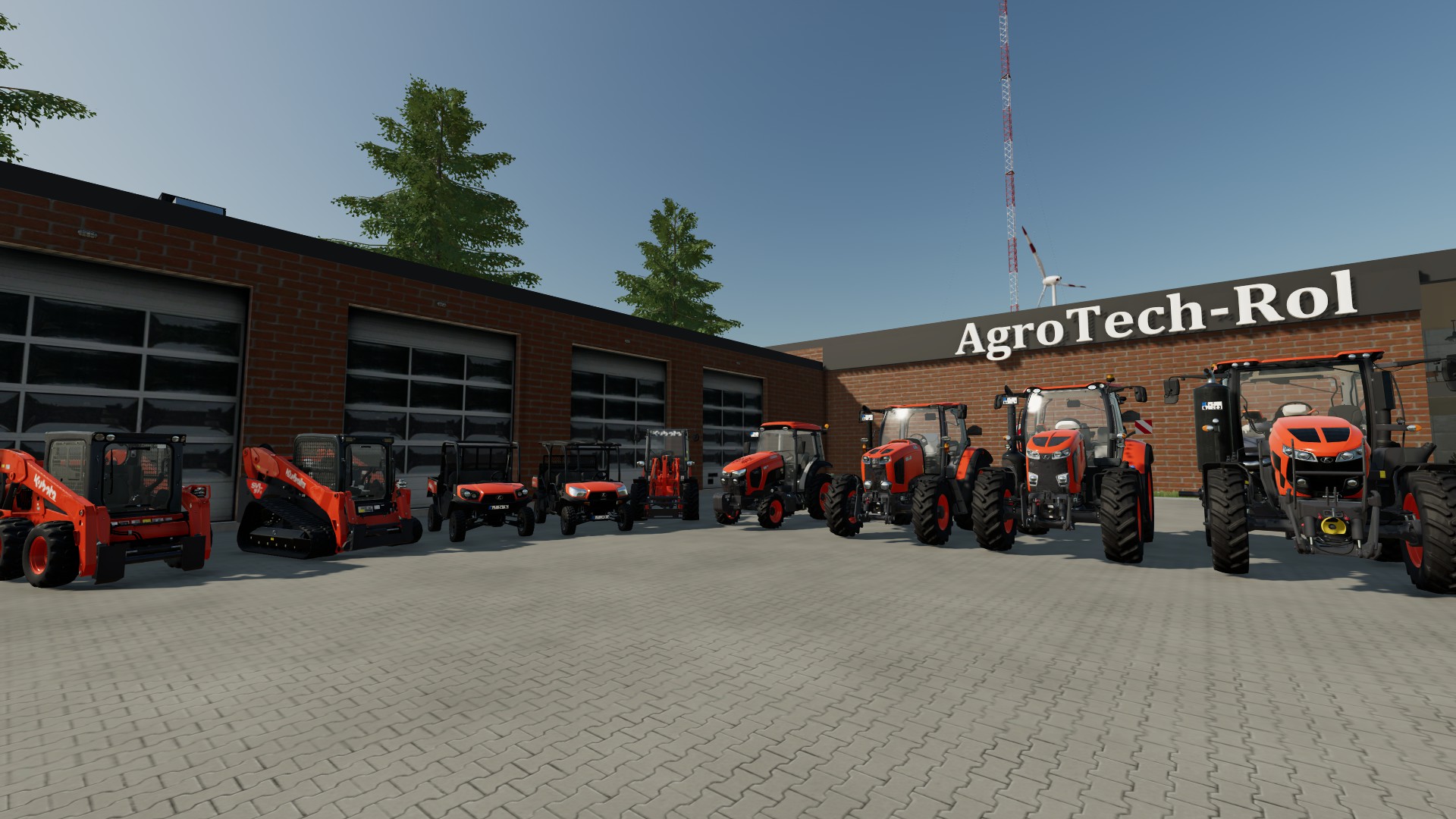 The Kubota Pack DLC for FS22

The Kubota Pack is Giants Software’s second DLC for Farming Simulator 22 and in the same fashion as the first, it takes the form of adding a new brand of tractors. Plus one game-playing change.

Kubota is the biggest tractor manufacturer in Japan and has over the last decades become one of the big players internationally, in particular when it comes to lighter tractors. It was also quite possibly in Farming Simulator 19 the missing brand with the most requests for getting added to the game. And now with FS22 it is finally possible to get these orange tractors into the game.

The Kubota Pack contains four tractors, two skid steer loaders, one frontloader, and two RTVs in the same category as John Deere’s Gator and Mahindra’s UTVs. There’s also two tractor-mounted frontloaders to be used on the M6 and M8 and some Kubota-branded clothing for your in-game character.

Given that I have mostly thought of Kubota as a brand of smaller tractors, it is a bit surprising to see that the upper end of the Kubota range consists of two medium-sized and not very small at all tractors.

The biggest tractor, the M8, comes as an American tractor which probably makes sense, since as far as I can tell after a quick look it is not in reality marketed in Europe either. With 200 hp in its most powerful version its not “big” but definitely medium sized by American standards.

As for the others their outfitting seems to conform to their European versions. The M5 is a narrow tractor which would do a good job in the vineyards and olive groves while the M6 and M7 are standard tractors with engine power between 104 and 168 hp.

As expected for FS22 the tractors both sound and look very good. The models come with a selection of engine sizes and the usual customization options regarding tyres, attachment points and so on. Less customizable as some third-party mods, but good enough. And one additional benefit with official made models is that they (most of the time) behave as they should without oddities.

The most fun addition in my opinion is the larger of the two transport vehicles. A small, flexible transport for up to four persons. Without having tested it for the purpose I can imagine it will be a very nice plaything on big multiplayer maps.

It is also here that the other new part that comes with the pack is as most visible. By adding the Kubota DLC, the game introduces a possibility to sit in a vehicle as a passenger, not only a driver.

Granted, the possibility of riding along as a passenger has existed earlier as third-party mods and – most of the time – worked quite decently. But as always it most likely is smoother to have good ideas built into the game. If it is worth buying the DLC just to get that particular function – well, that’s up for discussion. I can imagine that for those who play a lot multiplayer and likes realism or roleplaying it is.

All in all as so often for brand DLC packs like these, the “is it worth the money” question is very much depending on how much you want to have Kubota brand tractors to play with. If you do, then this is a nice addition. If Kubota isn’t your cup of tea, or if you’re a big fan of really big equipment, then it is not.

One last point that I always like to add, being someone who like to farm on both European and American maps, is that I once again wish Giants put a little more effort into providing in-game customization for both EU and US versions of tractors that actually exist in both markets. The fact that they included such an option for some of the basegame John Deere tractors always leaves me wishing for a similar easy visual customization flip for other brands’ as well. Such an addition would have made the Kubotas even more versatile than they are right now. But then again, that’s just the realism perfectionist in me speaking.