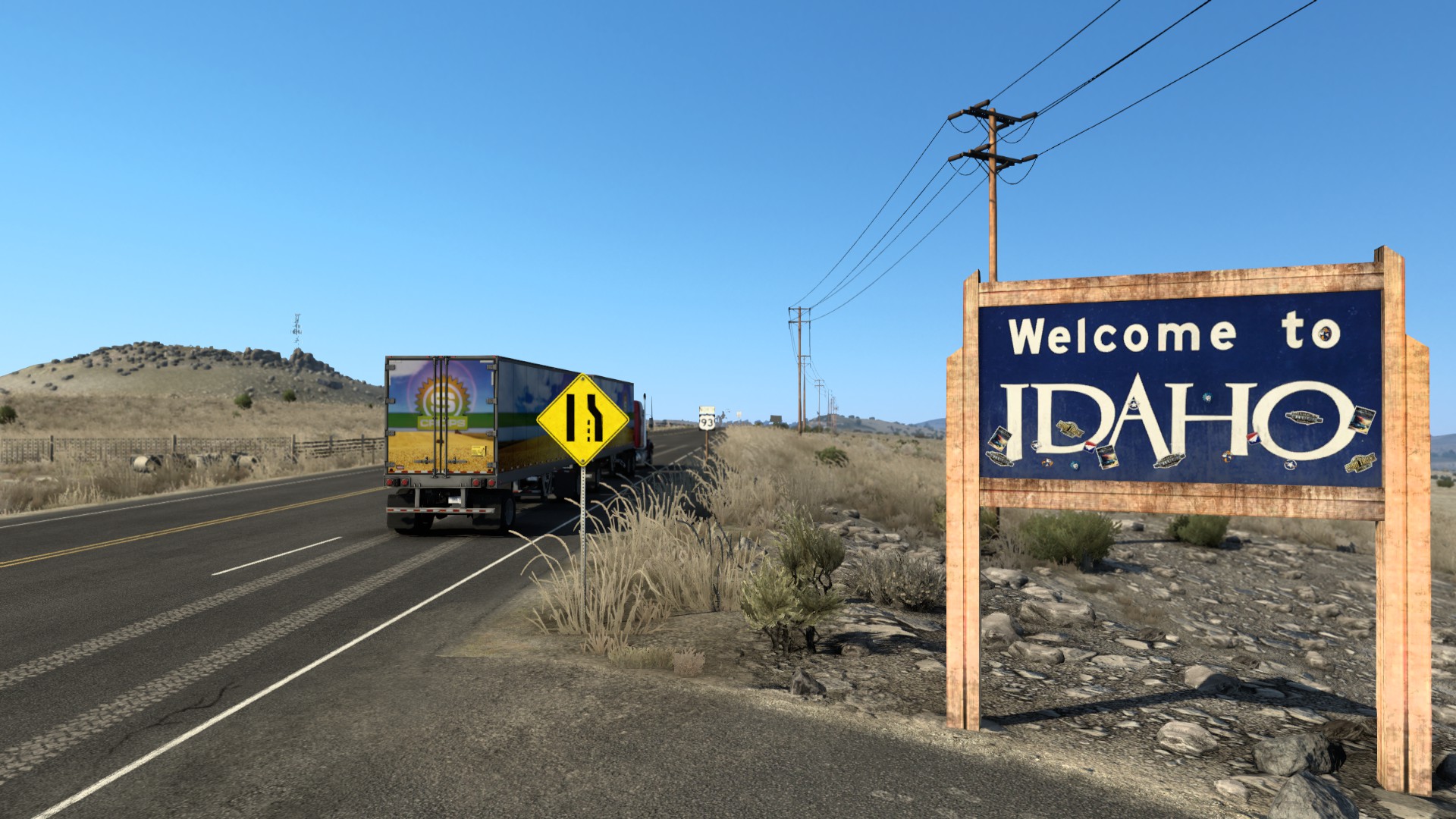 The northern state of Idaho is the map puzzle piece that connects Washington to Utah and also the last piece to complete the continental USA west of the Rocky Mountains divide.

Now we are inland, away from the big cities along the Pacific coast. The most populous city in Idaho is the state capital Boise, with an urban population of 350 000 and situated along the river with the same name.

Idaho is not a state known for its picturesque, well-known cities and the game map sort of illustrates this. Here it is a number of smaller cities and towns that provides the cargo destinations together with the farms. This state is known for its potato growers after all. This doesn’t mean that the smaller twons are uninteresting though – they are clearly showing off the best side of the increasing skills of SCS’s map designers and in comparison with the base game’s early iterations of California the improvement is visible.

If the urban areas are on a lesser known scale, the landscape can sometimes provide more of an interest to the hard-working traveller. In the south part of the state the main spectacular views are to be found where the highway crosses the Snake River. The bridge also very aptly have a game viewpoint placed in order to get a better look at this impressive landscape.

Climate and vegetation-wise the Idaho map have similarities with both Washington’s green forests as well as with Utah’s drier, sand-coloured vistas that start to take over in the southernmost parts. This makes it a very welcome addition to the game since the number of more northernly, green states are limited this far and sometimes that is exactly what your craving for in your driving – at least for people like me who feels more “home” in the more lush and pine tree scented parts of the world.